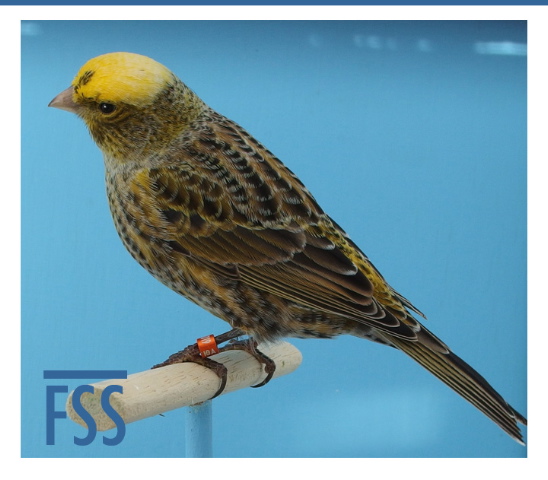 In part 1, I published a photo of a silver Lizard and asked if it was a clear cap or broken cap.  You can see the same bird from a different angle above.

Alex Maclean and Andy Williamson raised their heads above the parapet and opined that it was a clear cap.  They are right because the area of dark feathering is well below the 10% tolerance allowed in the definition of a clear cap.

Andy also commented that many OMJ judges would classify the bird as a broken cap.  He’s right.  I have seen a bird with a similar cap, but with much less dark feathering above the beak, go on to win not only the broken cap class but also Best in Show.  It was a contentious decision, and while the leading breeders disagreed (one quite angrily), less experienced breeders will have been misled.

The bird you see here is a clear cut example, but distinguishing broken caps from clear caps and non caps can be tricky when the birds are close to that 10% margin.  I will provide guidance on how to classify them in Part 2.

This site uses Akismet to reduce spam. Learn how your comment data is processed.

You are welcome to comment on the articles and ask questions, but please observe these house rules:

1. You must use your real name - you know mine.
2. Your first comment will be moderated, so there is likely to be a delay before it is posted.
3. Traditional standards of civilised debate apply.
4. Please keep to the topic.
5. Respect the aims of this blog (see Introduction).

If everyone sticks to these rules there will be no need for any others.

Copyright on all content is reserved. If you would like to reproduce anything from this blog, in its entirety or in part, you must obtain my written permission first.